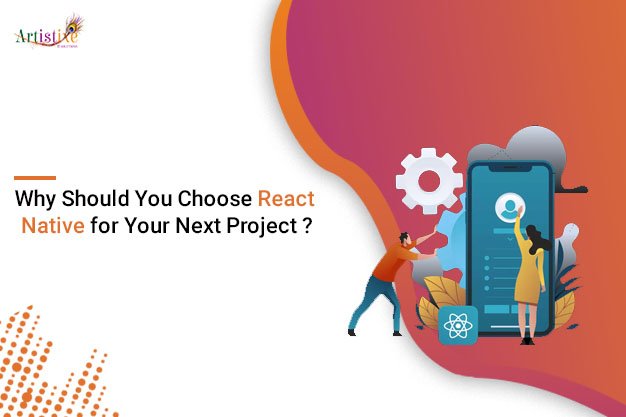 Over 3.2 billion smartphones were in use worldwide in 2019, so it makes perfect sense that mobile apps are booming. The number of mobile internet users is even higher at 4.2 billion. Numbers continue to grow steadily and there is no sign this trend might reverse. Mobile apps have become quite competitive because of the huge market. There is always a challenge for companies to improve their mobile experiences. React Native is one of a number of mobile app development frameworks available to software developers.

What is React Native?

React Native is a JavaScript framework, which can be used to build mobile apps much faster than native ones, and yet runs natively on both iOS and Android platforms. This application was built upon React.js, an open-source framework for creating interfaces and front-end web applications.

Facebook hosted its first hackathon in 2013, which led to the creation of its popular mobile app framework. As of February 2015, it was available as an open-source library on GitHub and quickly became a popular choice for mobile developers. In March of 2015, React.js 2015 was presented to a global audience.

Apps built with React Native have become immensely popular and have surpassed the popularity of apps developed using classic Android or iOS development.

What Is Cross-Platform Mobile Development?

Cross-platform mobile development is more convenient and cheaper than native Android and iOS development. There is no longer a requirement for apps to run on a certain OS only.

How does React Native work?

Similar to the development of React.js, React Native applications are written with JavaScript and JSX, a language for creating user interfaces that replaces HTML and CSS with XML markdown. JSX components are composed of native components. Dedicated to a particular platform, they make apps’ usage faster and more intuitive.

It then calls native rendering APIs, for Android and for iOS, in Java or Objective-C. Furthermore, it exposes JavaScript APIs for platform APIs, allowing RN apps to make use of GPS location functionality.

Some Examples of Applications Built with React Native

React Native was introduced to the Instagram development team in 2016. First, they tested out Push Notifications. They continued to use the framework to develop other portions of the app as the results were so promising. Instagram was able to deliver features much, much faster to iOS and Android. Currently, 85% to 99% of code is shared between Android and iOS apps.

Their team began developing a new application in 2017 that would wholeheartedly utilize React Native. In order to add new features to the old app, they rebuilt it. Along with the mobile app, Microsoft also used React Native to make desktop apps, showing that it goes beyond simple mobile apps.

In its mobile app, Pinterest decided to use React Native for its onboarding process – the Topic Picker view. Users see this view as soon as they sign up, so they thought it needed some smoothing. Pinterest’s initial implementation on iOS took a record-breaking 10 days.

Other names could be Walmart, Wix.com, Airbnb, Soundcloud Pulse, and many more.

Advantages of Using React Native in Your Project

A Perspective from a Business Owner

Saving time and money is possible with reusable codes, a supported library, and one development team. Startups and young businesses, especially those concerned about money, should use React Native to enhance their products.

This tool eliminates the eternal iOS app problem – waiting for approval from the App Store. In general, your app can publish updates whenever you like, as long as it has access to the server to check for new versions.

It is possible to use the same code for mobile platforms and web browsers with React Native. Consider having one codebase covering all your channels

You can develop iOS and Android applications with the same code using React Native. Therefore, you no longer need a bunch of engineers who speak Java, Swift, or C++ to write code. It is essential to hire mobile developers familiar with native UI libraries, APIs, and hybrid development.

By using this framework, you can create mobile applications that deliver seamless user experiences. A highly responsive User Interface makes the experience smooth and appealing, pleasing your customers.

Due to the success of its library, Facebook is one of the few enterprises that have stood by each of its frameworks and grown it with the results. Open-source software makes it possible for a large number of developers to continuously improve it.

A Perspective from a Developer

You have to learn many rules that you can only apply within that technology when you use a variety of frameworks. This is the exact opposite of what React native does, which is why it has a great advantage of being easily readable on the first contact.

The community behind React Native makes it easy to find many premade assets to use, making development faster and more efficient.

Due to the nature of the project, React Native comes with an open environment. There is no problem integrating modules from third parties.

React Native offers developers the opportunity to build versatile applications without having to understand the ecosystem and language specifics of each OS.

RN’s development environment makes building applications easy and enjoyable, with the help of Chrome developer tools, flexbox for layout, and many more.

As we know, their team is developing “Fabric”, a new implementation of RN UI written in C++ which will be more flexible and can be integrated with JavaScript-based hybrid infrastructure. There will be a few significant changes to Fabric that will alleviate the issues with the current framework and give React Native a chance to grow, such as:

In a short amount of time, you can create powerful mobile apps with React Native App Development. The developer experience is great, with pre-developed components and a vibrant community. There is no doubt that business owners will welcome efficient, low-cost, and super-efficient code sharing across mobile, tablet, and web platforms, as well as the quality of the apps. You should definitely consider joining Artistixe IT Solutions that has chosen to trust React Native with its products if you need a versatile native app.

Customer Journey Hijacking – A Threat To The E-Commerce World

Solo Ad, And How It Works