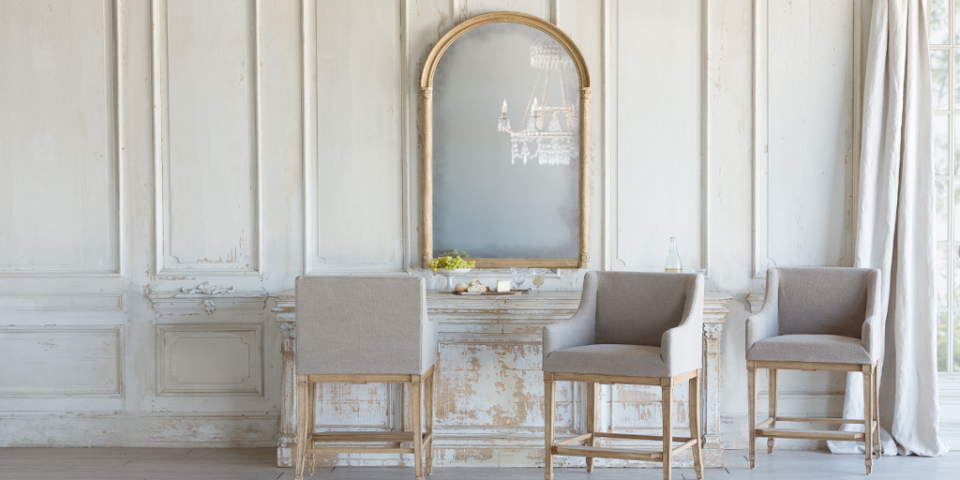 Few furniture styles are as unmistakable as French Provincial. From the feminine curves of vanity to the cabriole legs and scalloped carvings of antique French country dining chairs, some iconic features stand out that reflect the elegance of the French countryside.

But it’s tricky to tell if the furniture is French provincial if you’re just going to focus on their elaborate styles.

If your home is reminiscent of the French countryside’s subtle elegance and you’re looking for antique chairs and other furniture that will complement it, this article should help you identify French Provincial furniture for sure.

French Provincial
The term “French provincial furniture” refers to furniture made in smaller towns and rural areas of France, primarily during the 18th century.

It frequently applies to works from Provence, Normandy, Bordeaux, and other French regions.

These are the styles most commonly associated with French furniture history today.

French Provincial or French Country is different from Provencal, which is associated with Provence, a region in Southeastern France. Provence was one of the first Roman provinces beyond the Alps.

For many years, Provence has been a popular vacation destination due to its different scenery. The term Provencal refers to the Occitan dialect that was historically extensively spoken in Provence, as well as the people who dwell along the stunning French Riviera.

Because rural life had stayed essentially untouched in Provence, with all its rustic textures, rich colors, and primitive furnishings, French Provincial furniture has long been linked with the region.

How to Identify French Country Furniture and Dining Chairs
Provincial furniture was intended for wealthy people in the French provinces who could not afford elegant and expensive Parisian pieces.

Here are some things to look into:

Unique Features: French Country style uses raw or distressed wood with plenty of carvings and curving accents. The traditional cabriole leg, in which the knees bend outward and the ankles curve inward, frequently ending in decorative feet, can be found in many pieces of furniture.

Colors: The French Provincial palette is defined by neutral and muted tones, with plenty of taupe, ivory, sage, grey, and other earthy hues.

Some Provincial pieces keep the sophisticated palette of Parisian interiors, with brilliant black or dull gray flourishes to contrast bright and muted colors.

Get Beautiful French Country Furniture Today
If you know what to look for in antiques or reproductions, incorporating French-inspired furniture into your house is surprisingly simple. However, without prior expertise or knowledge, identifying French Provincial furniture can be difficult.

Valentine Day Gifts for Girlfriend for the Perfect Smile

What Are the Advantages of Getting Family Therapy in White Bear Lake?

Where is the best place to buy organic ghee in the UK?