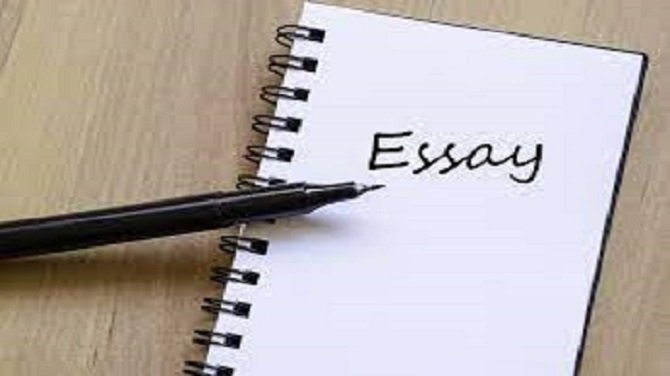 Introduction:- Education is a broad subject. In which the expansion of education is on a very large scale. The importance of education here is just that one who gets 5-10 books from the teacher after going to school, it will be understood that he is educated. And the more schools he went to college and took education from his teacher, the more educated he is.

Nowadays people believe that the person who is familiar with letters is educated. And the one who does not have the knowledge of letters is illiterate here. Meaning having bookish education is considered essential in our country.

And the one who does not possess this qualification is never called educated. In fact, education has more to do with schooling than schooling, nowadays education means getting a good job. Or who is considered to earn a living by a good profession. Because writing and reading is mandatory in all these works. Therefore, nowadays only those successful in these works are considered educated.

Sometimes, after asking for alms, he had to go to his ashram and eat it himself. It was his responsibility to follow the dignity of the Gurukul. All the work of the Gurukul had to be done by grazing the cow. And Guruji used to give them practical knowledge. At that time there were very great – great sages who were imparting this education. Some of them are like this.

For example, the ashrams of sages like Dhaumya, Chyawan Rishi, sage Dronacharya, Sandipani, Vashishta, Vishwamitra, Valmiki, Gautam, Bharadwaj, etc. were famous. In the Buddhist period, Gurukulas associated with the traditions of Buddha, Mahavira and Shankaracharya were famous, each Gurukul was famous for its specialty.

The National Education Policy in our country was formulated in 1986. and was amended in 1992. Since then this policy has changed some of its features.

In this way, if many changes have been made in the field of education, the government wants that no person in our country is illiterate, for that it has implemented many policies, don’t stop it recently, made a policy in which those students It is for those who leave their studies midway due to some reason or are unable to pass the examination.

From 1964 to 1975, the education related commission was formed, in which the 10+2+3 education system was implemented in 1986. We can call it the new Vartashika method. In this, an attempt has been made to remove many inequalities related to education and New education policies have been highlighted. Which is also successful to a large extent.

If seen, no matter how many changes have been made in our country. But the education system was also ancient and also new where India was called Vishwaguru in the ancient system. Scholars have adorned education with the names of Light Source, Insight, Antarjyoti, Eye of Knowledge and Third Eye etc. The belief of that era was that just as light is needed to remove darkness. Similarly, education is necessary to remove all doubts and misconceptions of a person.

They should have only one goal that their student can acquire good knowledge, be it any type of education, whether it is a new method or an ancient method, the aim should be only one good education. The important thing is education and not something else.

Education commissions were started the wrong way as the first commission was set up to look into university education. Whereas if it was constituted for primary education, then perhaps the significance of the next commissions would have increased. Commercialization of education was first recommended by the Kothari Commission. This commission functioned between 1964-66. If education is to be promoted in the country, then we have to bring drastic changes in our education policy.

CCTV cameras have many benefits