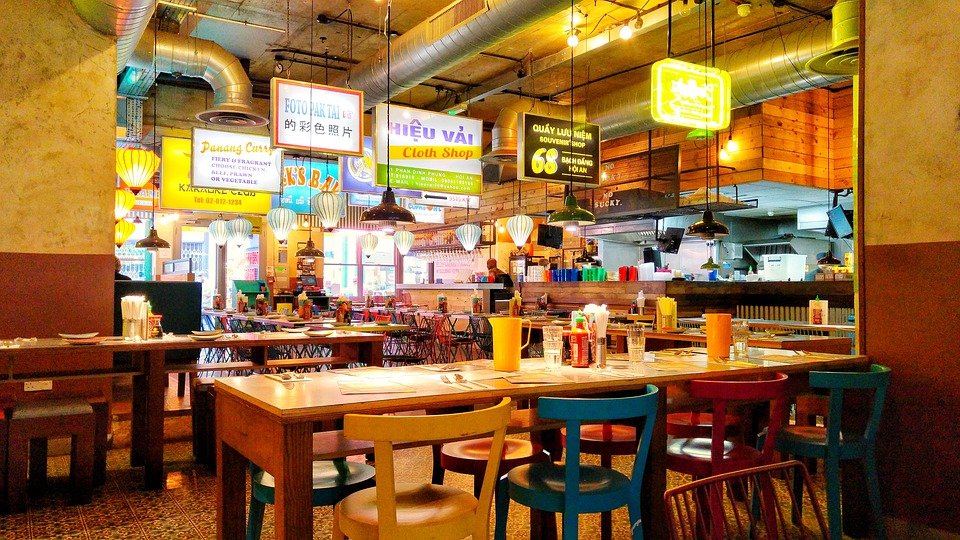 The British capital is a great destination for your trip. You can hire a car, explore some of the city’s most incredible places, and then drive out of town to diversify your journey. London has some iconic sights that will captivate any traveller but this is not all that one of the world’s fascinating cities is famous for.

The city’s many culinary establishments attract thousands of travellers looking for food inspiration. And if you are one of them, it would be a great idea to find some of the most worthwhile places to eat. Moreover, this fall some new cafes, restaurants, and bars have appeared in London.

Well, if you love travelling and food testing is your calling, let’s begin your culinary tour of London’s finest establishments…

A new Indian restaurant BiBi opened its doors in Mayfair in early September. Specialties on the menu include Indian chaat and grilled meats. According to Chief Chef Chet Sharma, the concept of the establishment is its multiculturalism. In the menu, the creators of BiBi have collected traditional dishes from different regions of India, as well as wines from European countries and America.

Those looking for a new gastronomic experience can try a roast beef chaat with pepper and pickled ginger, scallops with jalapenos, or a dessert with guava and buttermilk.

Named after a street in Vancouver, the new restaurant bills itself as the place for brunch in the afternoon and great get-togethers in the evening. The cuisine of the establishment is headed by a young chef, Joseph Bernie, who is only 22 years old and who has already worked in the best establishments in the city.

In the morning, they recommend trying the traditional Quebec dish poutine with fries and cheese, pancakes, waffles, bowls, and eggs. In the evening, the restaurant changes its format. Meat dishes, fish-n-chips, as well as large portions of squid and chicken in maple syrup replace breakfasts.

Vegetable and gluten-free options are also on the menu. You can choose from an extensive wine list, cocktails, and their non-alcoholic variations.

This restaurant will be the right place to eat in a relaxed home atmosphere. Not only food lovers but also ordinary family travellers can have a good time there. So if you picked up a cheap 9 seater car hire London and had a great trip, then visiting Toklas would be the right decision to enjoy a delicious meal. Moreover, you can leave your hire car in a nearby car park.

The menu of the new restaurant combines Italian, French, and Spanish cuisine. Since October 19, the establishment is open for dinners only, and two months later, Toklas will be fully operational, including as a Mediterranean-style bakery and grocery store. The autumn menu includes vegetable salads, fish and meat dishes, fruit desserts, and several sorts of tea.

After opening several pop-up bars, Rita’s Dining has acquired a restaurant in Soho. The food selection is inspired by the travels of owners Gabriel Price and Missy Flynn across the Americas. For example, you can try fried eggs with hot beans and spices, beef tartare with garlic, grilled fish a la plancha, and cod taquitos.

Missy’s brother, wine manager Cameron Flynn, was in charge of the drinks list. The selection mainly includes wines and cocktails from Mexico and North America, whose producers are committed to sustainable agriculture and local produce.

Anglo’s chef Mark Jarvis has launched his own restaurant in the Belgravia area. The main focus of the restaurant is local produce and fine dining. The tasting menu includes dried trout and potato soufflé with parsley, fried langoustine with white soybeans, caramelized sourdough parfait, and apple pie with parsley root ice cream.

Food critics point out that the overall menu will be similar to Anglo, including onion bread and specialty cheese. The wine list is expected to focus on Burgundy varieties.

The Broadcaster restaurant complex has occupied the building of the television centre. A pub, restaurant, and a large bar with a rooftop gazebo cover four floors. The restaurant serves dishes of British cuisine made with local, seasonal produce, as well as large portions of snacks perfect for larger groups.

There’s also a separate menu for desserts. For example, the Broadcaster offers honey cake, chocolate cream with pistachios, and banana cake with caramel.

This restaurant features live music, and its visitors can sit in a separate lounge area. The restaurant’s menu was created by chef Graziano Bonacina, who previously worked at the Bulgari Hotel.

Bardo St James’s offers mainly Italy-inspired dishes. Vegetarians will appreciate fig burrata with pickled radicchio, Chioggia beetroot and white balsamic, truffle polenta or agnolotti pasta with ricotta and mascarpone. As is customary in Italy, there are a lot of vegetables in both meat and fish dishes.

For example, spinach and sweet and sour vinaigrette go well with fried salmon, while celery and salsa verde sauce – with ribeye steak.

The 8 Best Picnic Places in Dubai to Explore