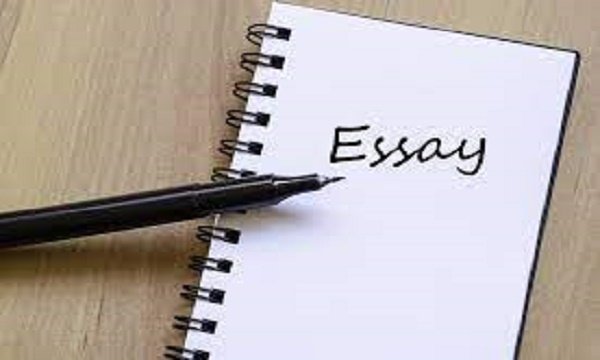 On January 11, China first reported the death of a 61-year-old man. The one who bought goods from Yuhan’s animal market. He died of a heart attack. On January 16, news of a second death came from Yuhan. Similarly, Nepal, France, Australia, Malaysia, Singapore, South Korea, Vietnam, Taiwan, America, Italy, India etc. countries were caught in their claws. Corona Virus first attack on China.

China claimed in the last days of January that it spreads from one human to another, which is quite terrible, but it was too late. The whole world had come under its grip. On January 22, 17 people died in China and 550 people were infected. On February 8, a US citizen died in the city of Yuhan. Till February 10, 108 people had died in China and this figure was increasing rapidly every day and is not stopping. On March 11, the World Health Organization declared the coronavirus a pandemic.

Corona infected patients have been found in 61,4000 in USA and 26,000 people have died. On 24th April, the Prime Minister of India has declared a lock down till 3rd May and it is mandatory for us Indians to follow it. Only then can we get rid of this pandemic. Social distancing means social distancing is the last resort to prevent infection. France has announced to extend the lockdown till May 11. 393 cases have been registered in Taiwan. Most of the people had come in it by traveling from outside countries. On April 13, more than 10,000 people died in New York. Nigeria and Singapore have also announced lock down. Everywhere there has been a tragedy like triyahi. This calamity took the lives of millions of people around the world.

China was just emerging from the corona virus and was trying to lead a normal life that suddenly 108 cases of corona virus were registered again. On April 11, 510 people died in Spain.

The death toll from the corona virus in Italy has risen to 11468, although this number may change again. Corona virus is killing people in every single country every hour and has proved fatal for mankind. A total of 167 million cases have been registered all over the world. The second stage of corona has been detected in China, in which patients are not getting any symptoms of corona while they have been found corona positive in blood test.

Scientists from all over the world have started searching for a vaccine to deal with the corona virus, but no significant success has been achieved, but the search is still going on.
Till now, two people have been forbidden to go out together in all the countries and Section 144 has been imposed. Shops, offices, schools, restaurants, hotels have all been closed. India is doing everything possible to get rid of this pandemic.

Most of the elderly people are losing their lives above 60

which have diseases like diabetes, heart disease. Where many people have lost their lives due to corona virus, many people have also been cured but their figure is less than those who died. It is now being seen that 37 patients who have been cured of corona virus have been found positive again. The corona patient is being kept in a separate room in the hospital so that the infection does not spread. Doctors and nurses are serving the patients day and night, we salute them wholeheartedly. Doctors and nurses have also become infected with this deadly virus.

It is seen that there is an outbreak of virus in everything where patients are being treated. The corona virus can survive for a long time in the air and on clothes for several hours.

Antibiotics cannot stop the corona virus. It is not possible to cure corona virus with antibiotics. If the patient has mild symptoms, it can be cured in 2 weeks. If the symptoms are severe, that is, there is a lot of difficulty in breathing, in this the patient needs a ventilator. Such a patient may take 6 weeks. There is no vaccine for covid19 yet, fluids are given for the treatment of corona virus so that the patient does not become dehydrated. Medicines are given to treat fever. Chloroquine is a drug that is used in malaria, now it is being used in large quantities in fighting the corona virus. Recently, a 54-year-old patient has been reported to be cured of drugs used in the treatment of HIV in South Korea. Medicines used in the treatment of malaria are also becoming effective. A medicine called favilar has proved effective in curing the swelling of nose and throat of corona patient.

of the whole world on their knees. The whole country is working together to get rid of the corona virus and doctors, nurses are fighting unitedly. The more they are appreciated, the less it will be. Narendra Modi has taken drastic steps to fight the corona virus which is for the good of our country and we all as an Indian should support him in this difficult time so that we can make the country disease free. By doing this, soon life will be back on track again. This great war against corona virus will continue till we eliminate this virus from its root.

Based on information received from the World Health Organisation, Public Health England and the National Health Service (NHS), we are telling you how to prevent the corona virus. Whether it is the screening of passengers at the airport or the examination of people in the lab, the government has made various preparations to deal with the corona virus. Apart from this, to avoid any kind of rumor, some instructions have been issued to protect yourself so that the corona virus can be dealt with.

People all over the world are affected due to Corona. There has been a lot of loss to the laborers, who used to feed their homes with daily work. Today it became very difficult for him even one time bread. There are many laborers who are sleeping on an empty stomach. Businesses around the world have been closed during this pandemic period. If anyone has suffered the most due to corona and lockdown, then it is the laborers who work day and night to feed their families.

The country’s economy has suffered serious damage due to the lockdown. Due to the closure of factories, heavy losses are being incurred, while business is also at a complete standstill. People’s jobs have been lost, due to which the problem of unemployment has also arisen. The country is weakening financially due to the lockdown.

Due to the closure of big offices and factories, there has been a catastrophe on the workers. The stove has stopped burning in the homes of the laborers who used to live on daily wages. People are sleeping hungry stomach in the settlement. The poor people have been affected the most by the lockdown, they do not even have money to return home. Due to such a situation in the country, Prime Minister Narendra Modi decided to help the needy people from the Prime Minister’s Relief Fund. Many people have also come forward and are helping the needy. The business of almost all the countries has also suffered heavy losses.

Due to the closure of big factories

, they are facing terrible losses. Other businessmen are also suffering a lot in this situation. India is expected to lose up to $100 billion due to the lockdown. In India, the number of positive cases infected with the corona virus has been found to be above 2000. Due to Corona, it was decided to completely lockdown the country till 14 April. The Indian economy can suffer a loss of $ 4.5 billion every day i.e. about Rs 34 thousand crores. There is a complete ban on the movement of people at present. Barring some essential goods and services, all other businesses are closed. All these prohibitions have been done to control the corona virus.

Industries like tour and travel, food, real estate have suffered the most. Due to the lockdown in India, people may have mental problems while staying at home. This is causing a lot of problem to young children, as they are unable to play outside or go to school. Many people can also be a victim of depression. One way to avoid all this is to keep yourself engrossed in more and more work so that all these thoughts do not come to our mind.

coronavirus is also known as covid-19
The World Health Organization has declared the coronavirus a pandemic
This virus named Kovid-19 has so far spread in many countries of the world.
Coronavirus is a very subtle but effective virus
The infection of this virus started in Wuhan, China in December.
This virus spreads from person to person, so great care is being taken about it.
In severe cases of coronavirus, pneumonia can cause severe breathing difficulties and even death.
Hands should be washed with soap to avoid this virus
Alcohol based sanitizer should be used
Keep a proper distance from all the people

An Exercise physiologist can provide many benefits

When Do You Need A Car Service And Mot Test?

Is This The Right Time To Invest In A Holiday Home?

Germs can spread quickly through the office, but who is responsible for cleaning them up?